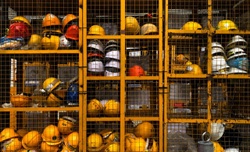 With what is going on with Russia and Ukraine many may wonder if they have coverage should something like this happen in the US. There is not just a straight yes or no answer.

I’ll start with Terrorism.   Many have seen terrorism coverage listed on their policy in recent years or been give the option of including terrorism coverage or excluding it.   You many have even wondered if it’s worth paying for.

For Terrorism coverage to come into play the “Act” must be deemed an “act of terrorism” by the Government.   And your policy must contain this coverage.

All Worker’s Compensation policies include terrorism coverage and you cannot opt out of it.   They also include Catastrophe coverage which includes noncertified acts of terrorism, earthquake, chemical release, large scale explosion.

If you’re not sure if your policy has terrorism coverage please call or email us and we will be glad to check for you.

If an employee is on the job doing their regular work and is injured or killed by an act of war there is coverage in most states.   Pennsylvania is the only state I found to have a war exclusion for worker’s compensation coverage.

One of our biggest fears in the face of war is a nuclear bombing or bombing of a nuclear plant.   The Nuclear Hazard, as far as insurance is concerned, is defined as “the explosion of any weapon employing atomic fission or fusion, a nuclear reaction or radiation or radioactive contamination however caused.”  The definition is similar throughout all types of policies.   Damage or injury caused by a nuclear explosion or exposure is excluded by most polices.   There is no exclusion for nuclear, nor is it mentioned in worker’s compensation policies.    Property policies exclude damaged cause by a nuclear incident but cover damage from the ensuing fire.

So do you have coverage for war, nuclear and/or terrorism?  No, maybe, yes.   It depends on the policy.   We are glad to check your policy and discuss what is and isn’t covered in more detail.