Over the years, we have found that a team approach can be an effective method of helping clients with a wide variety of needs as they navigate the complex world of insurance.

We invite you to discover and experience the benefits of a diverse team with differing educational interests, experiences, and strategies.

James Knapp started in the insurance industry in 1961, after graduating from Villanova College, with the Insurance Company of North America. Between 1961 and 1973 Jim was transferred from Philadelphia to Kansas City Missouri and back to Philadelphia and then to San Francisco. In 1973 he left the Insurance Company of North America to work on the agency side of the business. After working for another agency for a short time Jim Knapp joined forces with Dennis Maring and started Maring Knapp & Company on September 1, 1975.

After a few years Dennis was ready to move on and Jim bought him out and the agency name was changed to MK Insurance Services.

In 1995 when many agency clusters were being formed Jim Knapp changed the name of the agency to AGENT2000, Commercial & Personal Insurance Brokers. Not because the year 2000 was approaching, but because his vision was for 2000 agencies to join forces. Although that has not happened the name has remained.

Now Jim is basically retired and currently resides in the town of Lookout, CA, in Modoc County and is enjoying a slower paced life. Laurie and Derek run the day to day operations of the agency, which is now in it’s 46th year!

AGENT2000 has focused on exemplary customer service which is proven by the number of long term clients. Some have been with the agency since it’s inception. We look forward to continuing to provide you with great customer service for many more years!

Take a Look at Our History: 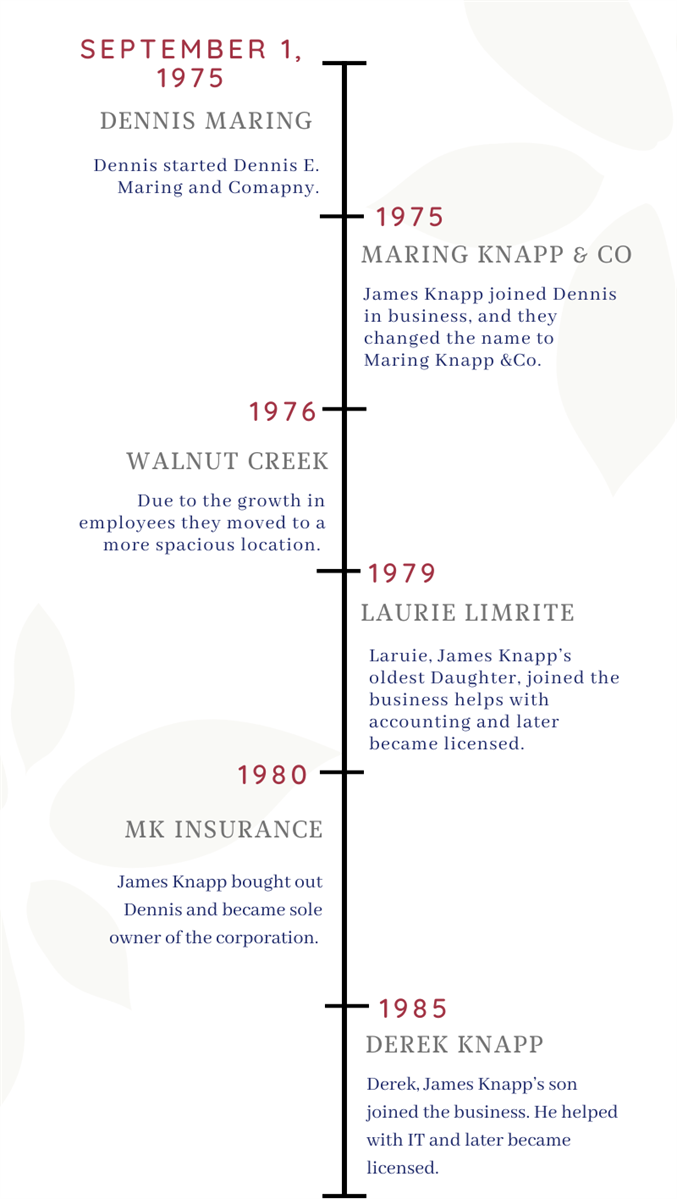 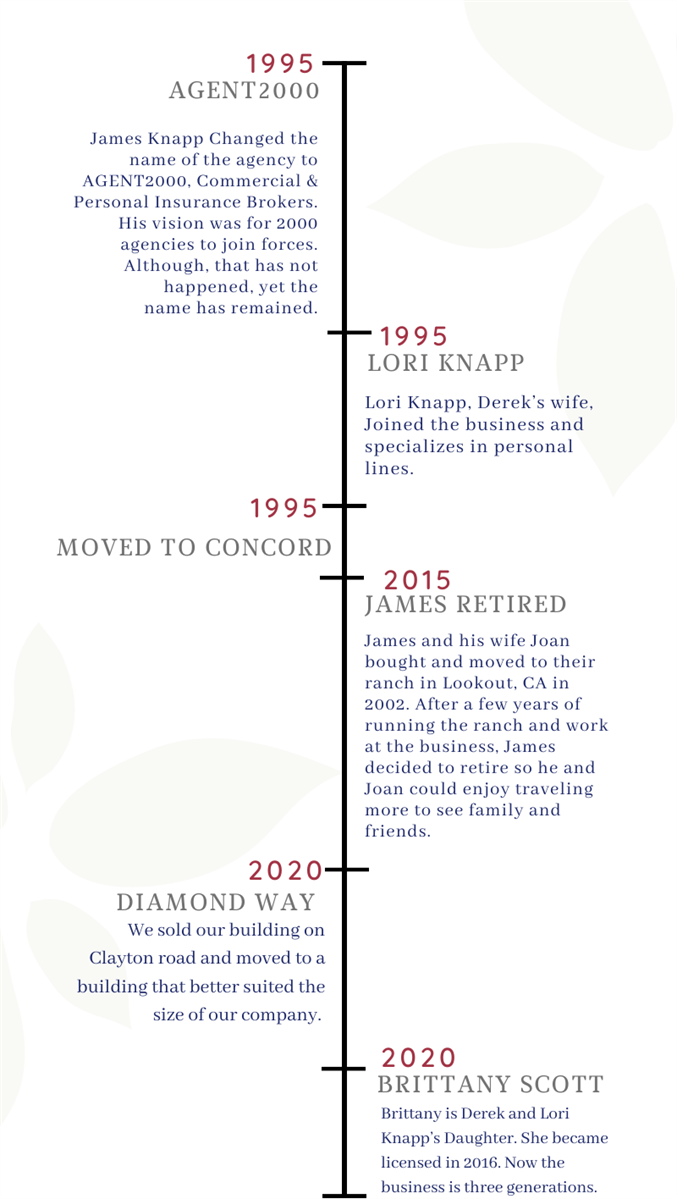